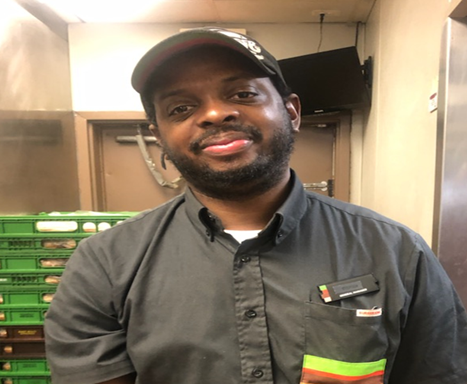 Annually Rackson Restaurants awards an “Ultimate Restaurant General Manager” to an exemplary RGM that we recognize for their dedication and hard work but also their unwavering drive towards our mission, vision, values and purpose.

Stephen began his career with Burger King back in 2006 and has been with Rackson since 2016. Stephen is another shining example of leading by coaching. He is proud to have trained and promoted all 7 of his current Shift Leaders and trains any nearby store management teams. He is also in the process of being a Certified Training Store/Manager for Rackson.

With 2020 being a very challenging year, Stephen has still managed to meet and exceed his sales goals, all the while keeping a 94% REV average, an average Speed of Service at 2:27, a 92.5% Chef Score. Aside from running his store efficiently and effortlessly, Stephen has not forgotten to give back to his community. In 2020, his store has fed many of the First Responders in the area and his store volunteered to help out at a local soup kitchen amongst other events.

Stephen is a true example of a great leader and coach at Rackson, by taking his team “F.A.R” using the Rackson Values of: Fairness, Accountability and Recognition.

Congratulations Stephen on your well deserved nomination, we’re looking forward to even greater things from you and your team!